Col de la Madeleine is one of the more challenging 'cols' (or mountain passes) with rather narrow roads on the east side. The hairpins are not too difficult, but there are quite a few places where there is hardly room for a motorbike AND a car to pass each other. The east side of the pass (we usually went UP on that side) is the steepest and narrowest, climbing up from the valley that connects to the Tarentaise region. We pass a few (very) small villages after emerging from the forest. The second half of the road up is a bit wider, and we get more views above the tree level. On a clear day one can see the Mont Blanc from here, towering over all of the Alps. The road surface can be somewhat 'cumbersome' on this pass. All of these photos were made in June and July after the road had been repaired from the winter season. Already a lot of 'cracks' in it again, and tar snakes abound ! Not a fast pass. Usually when the Tour de France goes over it, the worst parts are repaired before that event ! This pass is 2000 meters high (that's some 6561 feet). There's a pretty large parking area at the pass summit, a nice little restaurant/café, and a bit out in the meadow there's a souvenir shop that also sells cheese, sausage and wine ! Tourist trap of course, but a nice one :-) When wanting to see the Mont Blanc: there's a chance of 1 : 29 to see the mountain without cloud cover (or so the locals told us). Usually with clear weather there are still large white clouds around the summit because of all the ice and snow on it. 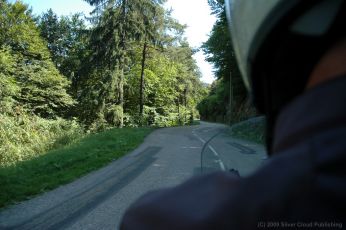 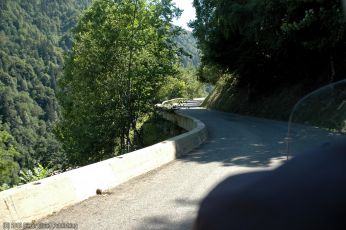 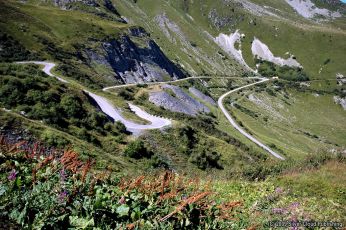 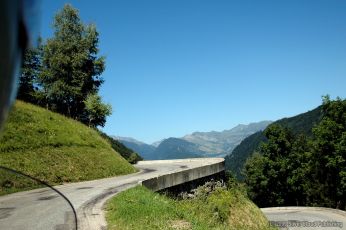 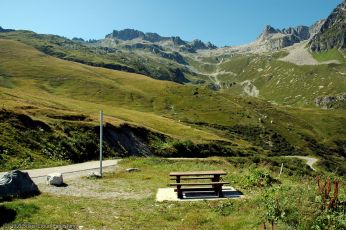 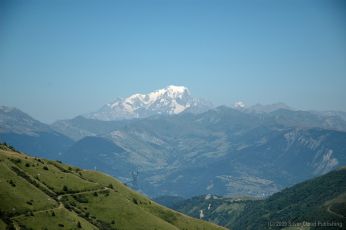 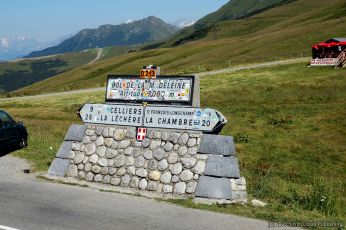