My son and I did this ride in July of 2016. It has some lovely parts, including fast roads past French River and the road into Sault Ste Marie in Ontario. Crossing the border into Michigan took forever but you're on a massive bridge that all of Lake Superior empties under, which was pretty cool. The Mackinac Bridge in Northern Michigan was a keeper, as was the Tunnel of Trees road M119 on the shores of Lake Michigan. I wouldn't recommend the first two places we slept, but our final night at the Bay Valley Resort in Bay City was a corker - imagine a 1960's hotel on a golf and country club built with Detroit money when it was one of the wealthiest cities in the world. It felt like a grand old thing past its prime but still full of character. There are parts of this trip that are adventurey in a travelling through Somalia kind of way - Flint and the roads around it are rough, like a city that has collapsed under its own weight, but it's never boring. It was blisteringly hot when we did the trip midsummer. In the fall it'd be much more colourful and less heat stroke/dehydrated. If you're looking for an adventure, circling Lake Huron offers a wide range of riding from collapsed urban hellscapes to peopleless wilderness. More details: https://tkmotorcyclediaries.blogspot.com/2016/07/around-huron.html 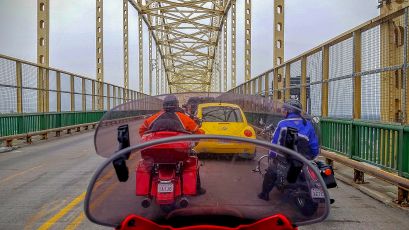 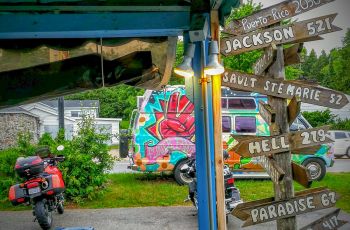 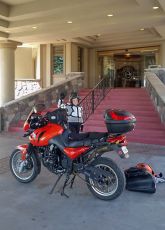 Forks of the Credit