State Route 179, also known as SR 179, the Red Rock Scenic Byway, a north–south state highway in Arizona, United States, running from Interstate 17 to SR 89A in Sedona, entering Coconino County from Yavapai County. In 2006, the US Dept. of Transportation awarded SR 179 its highest designation within the National Scenic Byways Program: the All-American Road designation, due to the red rock and sandstone formations through which it travels along its 7.5-mile (12.1 km) length within the hills of the Coconino National Forest. The All-American Road designation also signifies to the travelling public that this is a road that is "a destination unto itself". 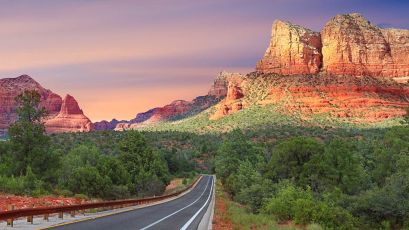